It all started with a young man who wanted to put two great styles of food together and make them sing in harmony. With a creative composition of pairing flavors, textures, and techniques, a concept was born. Now, there was only the difficulty of testing out his new crazy ideas. His family and friends would be the first to test out his twist on southwest/southern soul food. Using his failures as a learning experience, a composed concept started to show shape. As many of his peers were in quest of blue-plate recognition and giving little appreciation to a less renowned style of cooking, he stayed true to his roots. Continuing to pursue his own style of cooking he took his ideas to an audience that had no blood/emotional obligation to be a kind hearted critique. He was now in a place with limitless test runs and guinea pigs that had no filter.

Finally after a few long years of trying to find a sign that he was heading in the right direction, he received some much enthusiastic feedback from customers hungry for more. Now it was a matter of making it his own and making it available in his own restaurant. There was more time, a lot more time, of cooking and clock punching, until an opportune change arose and without a second thought he had bet on himself and left the mind numbing job security behind. He was going to be calling the shots and imparting his style of cooking on his own crew. But, without even realizing he had just set himself on a collision course for the best thing that would ever happen. It started with a crush, grew to be an infatuation, and before he knew it he had went all in again, but this time on someone else. The person that would give him the confidence to believe whole-heartedly that what he believed in was something that riddled with potential. After a few months of long conversations and kicking around the idea, one of us decided to take action. Then just like feet, left after right, one after the other, he after her, the idea of a food truck began to evolve into more than just late night fireball fueled dreams. With a strong belief in eachother and the help of their closest friends and family, the Smok’N Cantina was born. It’s been quite the ride!

What our customers are saying

Hands down will be using them when possible!!

The presentation of the food was amazing at the event and the taste was even better!! Super creative menus – hands down will be using them when possible!!

You won’t regret it!

This food is so creative and delicious every time! Any time they are close I make sure to treat myself! They are so nice and you definitely won’t regret it!

They made a super fan here for life!!

The best tacos I’ve ever had. Super flavorful and did not skimp on the filling. The cojito fries were super delicious. Friendly staff and just all around great. Definitely recommend to take the time to track them down. They made a super fan here for life!!

Very impressed with the quality from this food truck that was at 3rd Turn Brewing in Jefferstown last night. I tried a chicken and a pork taco and loved both. The chicken had a smoky chipotle flavor and the pork had roasted corn and a tasty green sauce. The chips and salsa were good too. Nice homemade taste. Prices were reasonable, especially for the quality level. Good beer food.

Check Out Our Partners! 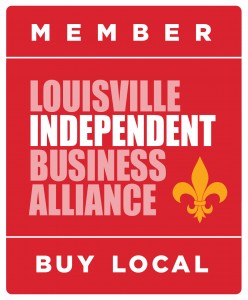